Exploring the relationship between space and time, nature and science, daydream and reality.

Crossing visual arts and audiovisual technologies, live performance and a writing of the intangible, the Visual System collective has been conducting advanced research on luminous electronic devices since 2007, associated with technical progress and LED assembly. The collective imagines sensorial experiences to be lived with the body and in space, based on a moving synesthetic language made of lights, images, sounds and movements.

Since 2007, Visual System has been reinventing the links between creative techniques and visual perception. The Paris-based collective, composed of several multidisciplinary artists, creates immersive environments that explore the relationship between space and time, nature and science, daydream and reality. Their ambition? It can be summed up in a maxim from the American composer John Cage, one of the pioneers of multimedia installations: Let the music be seen and the light be heard.

Guided by this principle, Visual System sculpts geometrically shaped spaces composed of LEDs and sounds. The fusion of the two offers the spectator an experience as spectacular as it is hypnotic. They rely on the latest technological advances, the four visual artists are storytellers above all. They tell stories of today, abstract and colorful, which summon the internal mechanisms of our mental images, and are able to make us believe that our perception of the world has as main instrument not the eyes, but the brain. Each of their projects takes the audience to another place, generating a kind of natural trance. Their works stimulate our physical and psychic senses and generate a true state of spiritual communion. 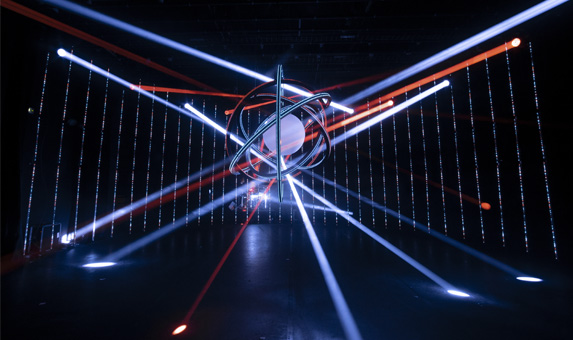 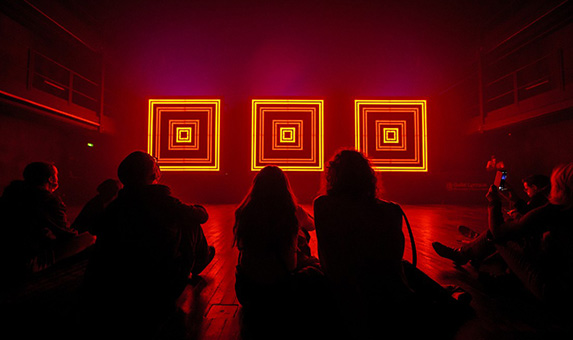 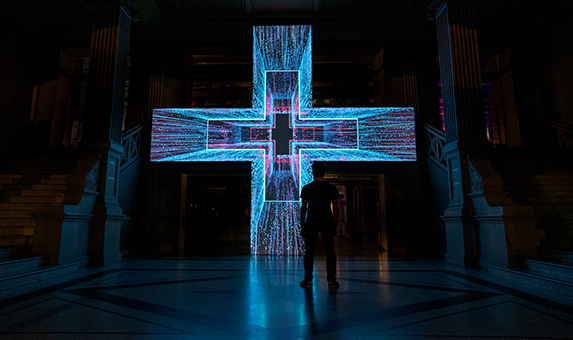 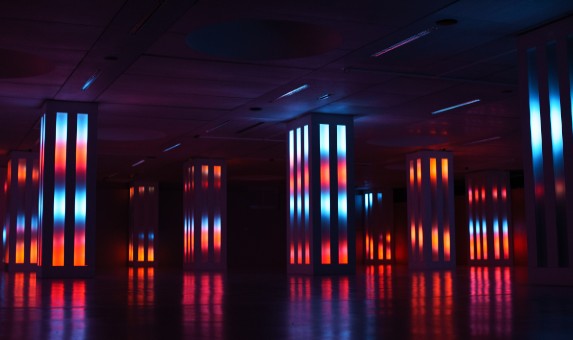 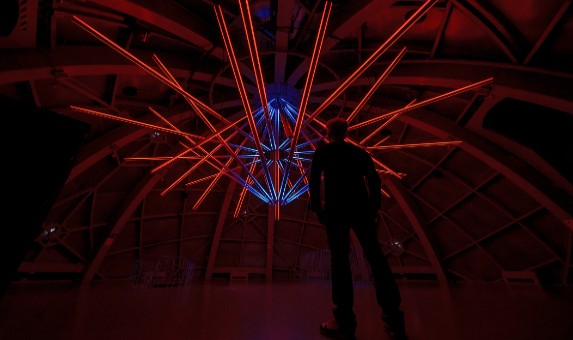 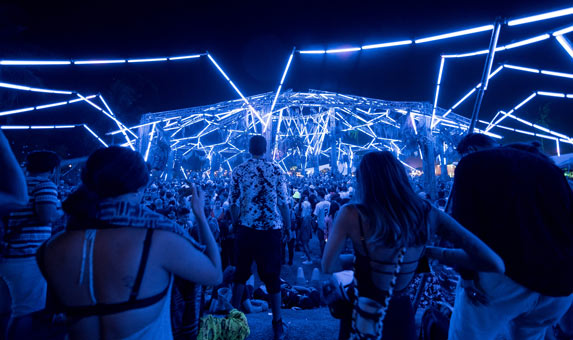 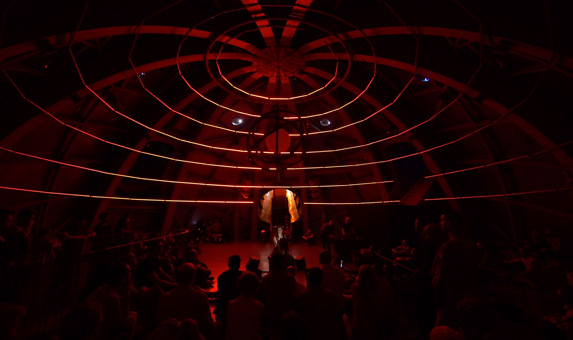 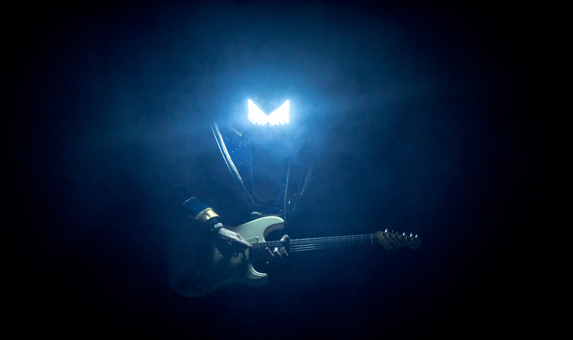 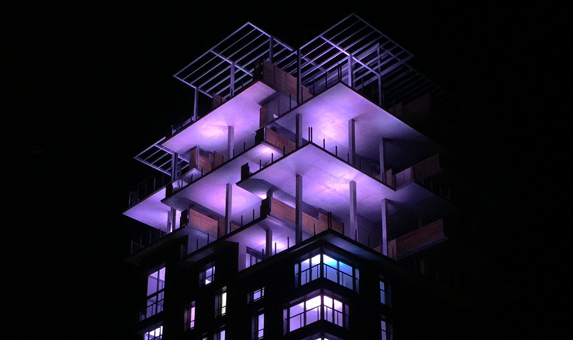 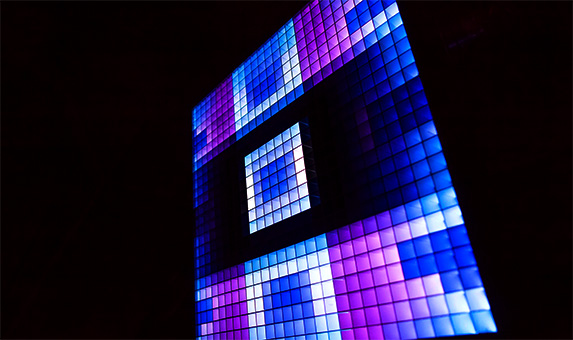 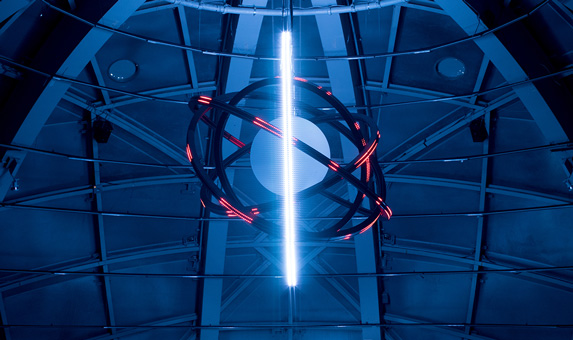 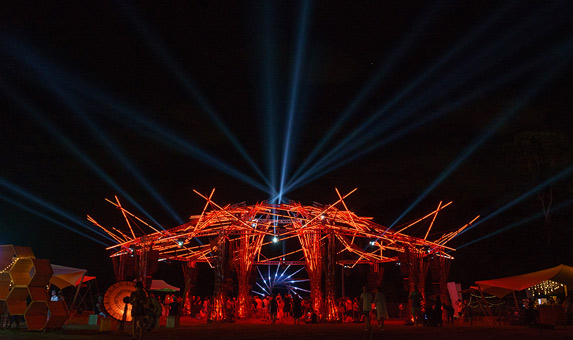 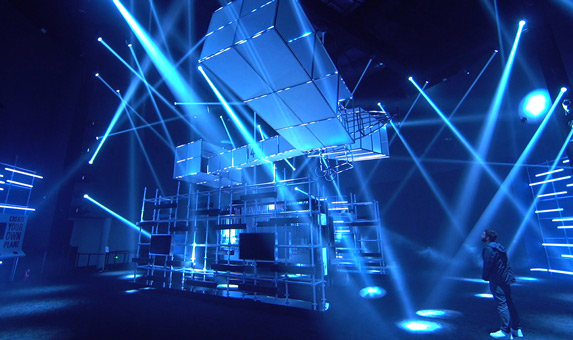 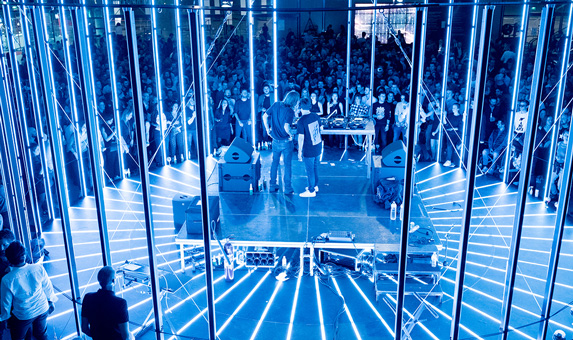 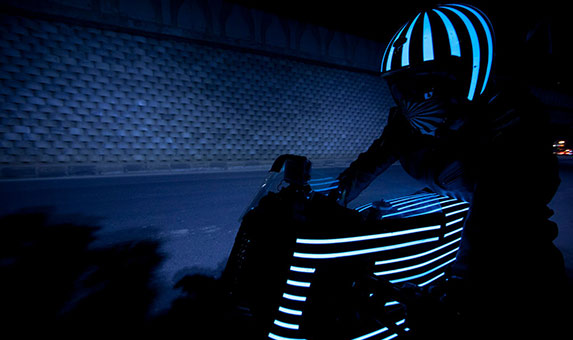 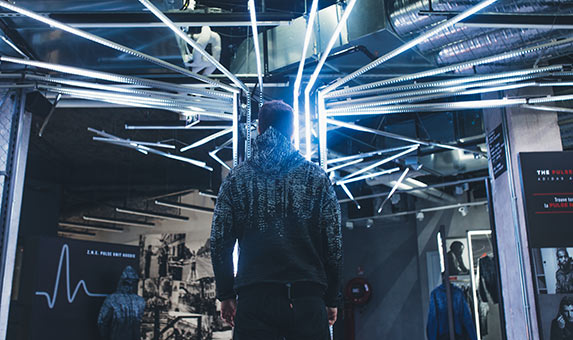 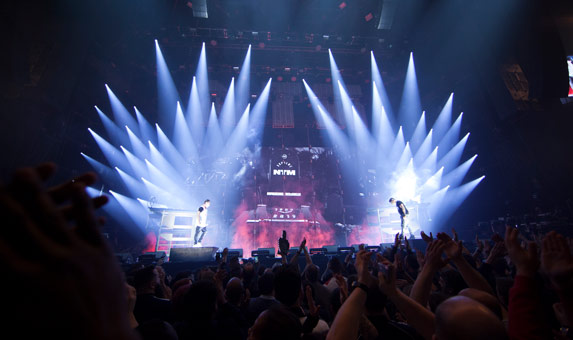 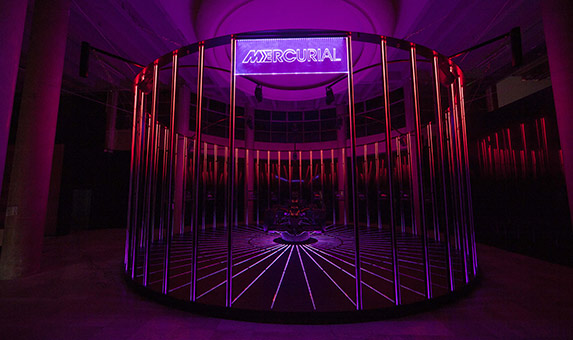 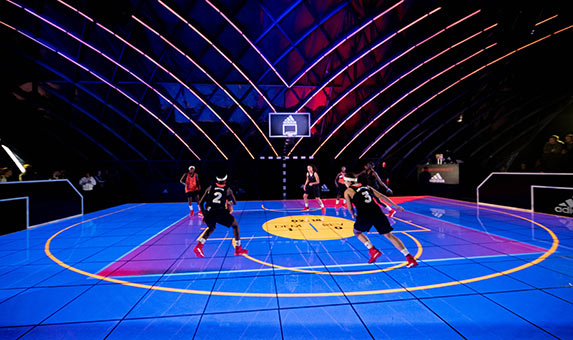 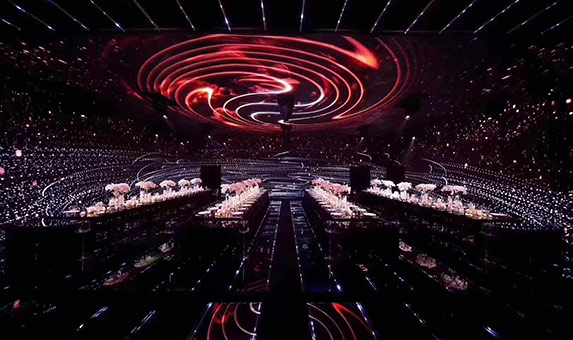 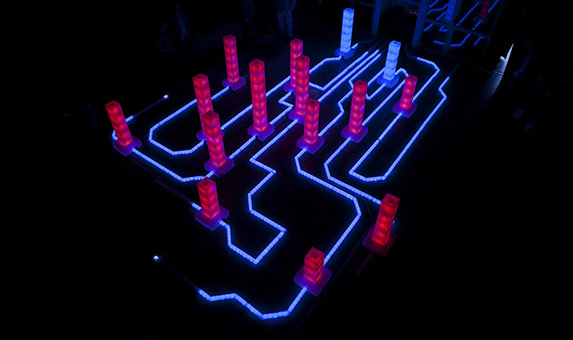 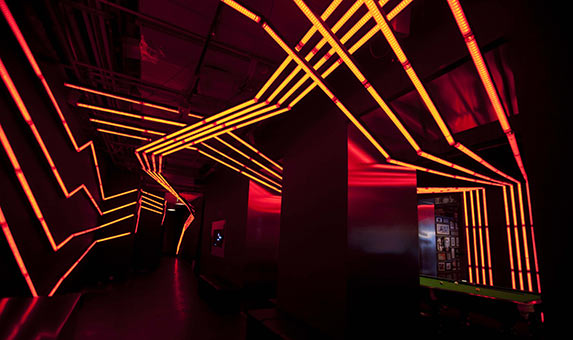 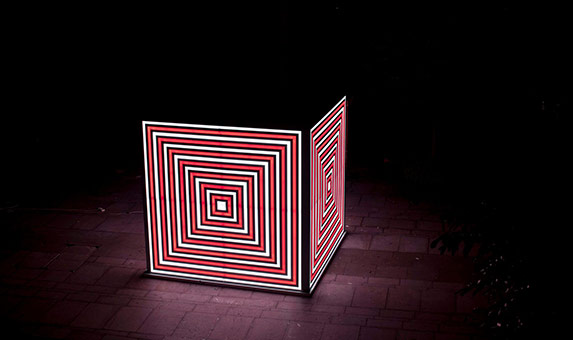 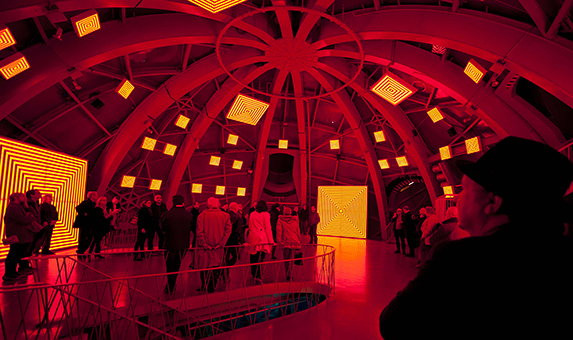 OUT OF CONTROL
Brussels 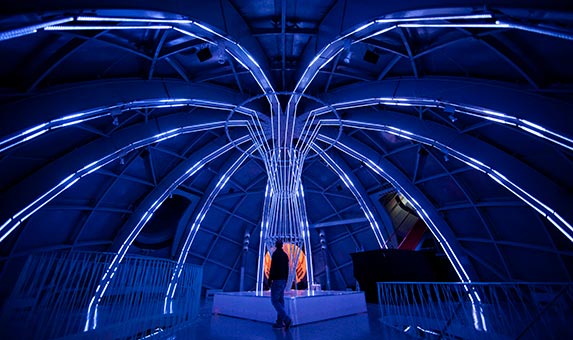 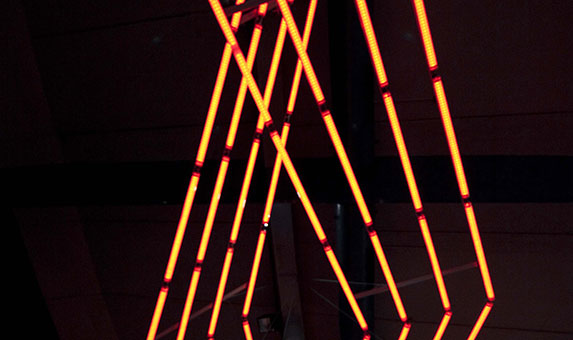 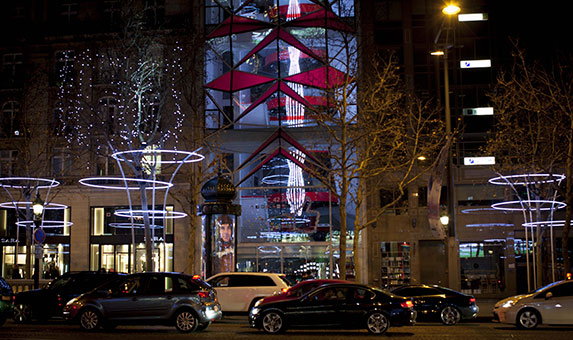 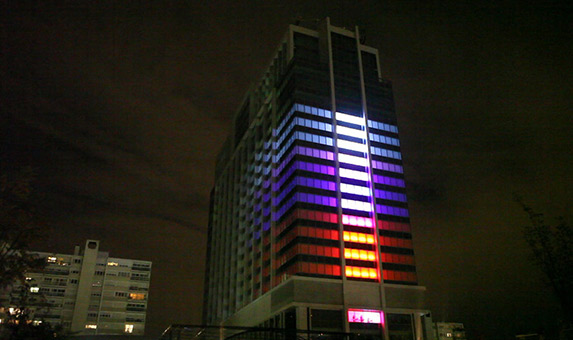 BEYOND THE WALL
Paris 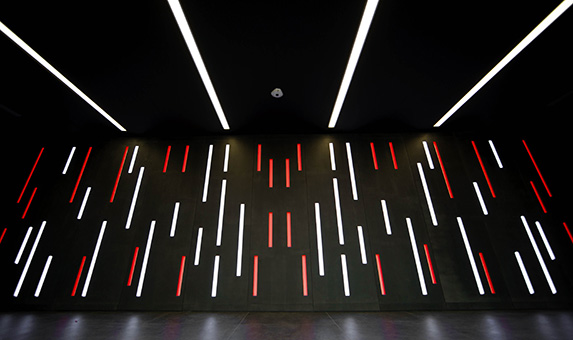 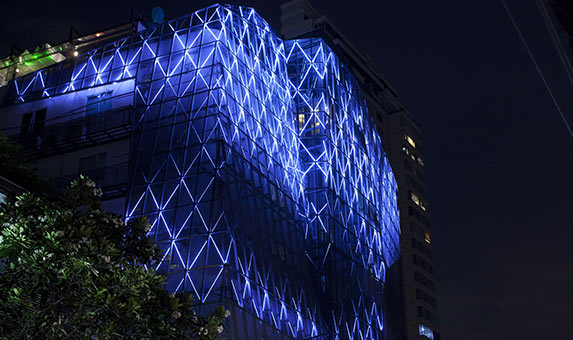